When you hang out you feel expanded, happy and as soon as you leave them you want to send them an emoji filled text telling them how much you love hanging out with them, that they mean the world to you, they rock and that life wouldn’t be the same without them.

Earth would be lovely if all our friends were like this. Truth is, ‘friends’ can also suck.

You ain’t got time to spend with people that are gonna bring you down.

It’s time to get real and be aware of when your friends turn in to ‘friends’.

When you surround yourself with positive, amazing people you love, life gets better. You feel great about yourself and usually more good will flow your way. When it’s the opposite? Well… the opposite can happen.

Also, we 100% believe in the whole ‘you become like the 5 people you spend the most time with’… so we better make those 5 people freaking awesome.

There’s no excuse for ‘friends’. Especially the “oh that’s just how *insert ‘friend’s’ name here* is.”

Sorry ‘friend’ but you ain’t no friend if this is you. We all know Nancy. Nancy has nothing good to say about ANYTHING! They’ll point out how hard everything is and how any idea you have won’t work because of some made up situation. They’ll spend your entire catch up complaining about how hard they’ve got it. Don’t even try to turn up the positive energy because Nancy will just slam it back down.

Brian wants to hang out ALL. THE. TIME. Because Brian wants a piece of your brain. He usually has a list of questions ready to ask you about your work/business/expertise. He doesn’t really care what you’ve been up to.

It’s all about Me Mary

Think friend catch ups are a two way convo street? Oh no, not when it comes to Mary. Mary has plenty to say about… Mary. You’ll usually end up hearing a story you heard about last month.

Pete LOVES to put you down and make any achievement seem smaller than what it is. You know how your mum used to tell you that “they’re just jealous”? This is usually the case when Passive Put Down Pete comes to town. Hanging with Pete sucks.

Everything is bad in this world. Nothing is good. Denise usually uses the words sick, death, war, dead, bomb or dying during your catch ups. Although it’s serious conversation hearing about all the sh!t that is going on in the world isn’t the best conversation and usually leaves you wondering what is wrong with the world and feeling helpless.

Ohhhh…. myyyyy…. gawwwwd. Did you hear about Sally who is dating Steve? Well Steve just told his best friend’s sister in law that he actually doesn’t even like Sally anymore and now Sally found out because Steve’s best friend told his brother who works with Sally’s sister… ummm GET. OUT. NOW.

I did that too Tom

You really like Francis. Francis is fun! But whenever you have something scheduled with Francis don’t hold your breath that it will happen. Usually they’ll message you that something has come up… either 5 minutes before you’re supposed to meet… or 5 minutes after. Wasting your time. And your time is valuable. Once… ok maybe Francis… twice… yeah, ok, one more chance… but 3 times and strike, you’re out.

Ohh. Derrick LOVES to dim your light. Derrick is that friend who you’re a little bit scared to tell your good news to. Because, maybe… just maybe… it will hurt Derrick’s feelings that you’re doing so well. That you’ve achieved something great. Or that you’re… gasp… HAPPY! Derrick doesn’t like that. When you tell Derrick good stuff. Derrick will tell you why actually… in fact… the thing that is good… isn’t really good at all. Derrick is a dimmer. Derrick can’t sit with us. 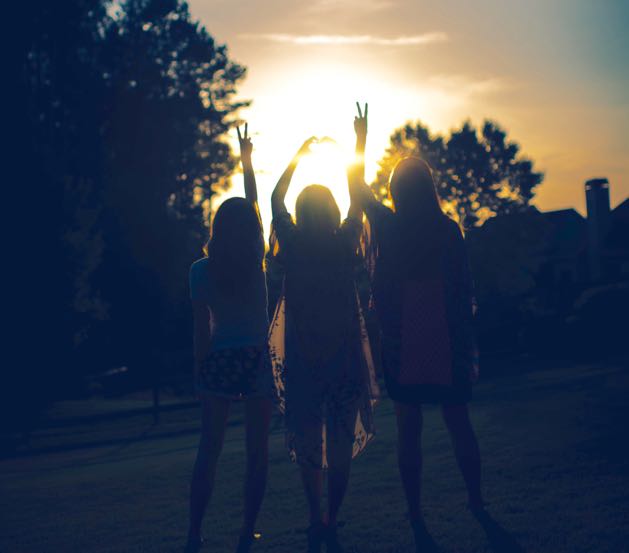 Your brain: I know exactly what you Merries are on about.

If Nancy, Brian, Mary, Pete, Denise, Geraldine, Tom, Francis or Derrick live in your life then maybe it’s time to create a little distance between you and them.

If you want to keep this person in your life but don’t like how their behaviour makes you feel then do something about it.

Tell them straight up that they’re being dramatic, gossiping, they’re killing the positive vibes or however else they’re making life less good. Openness and honesty will help the situation.