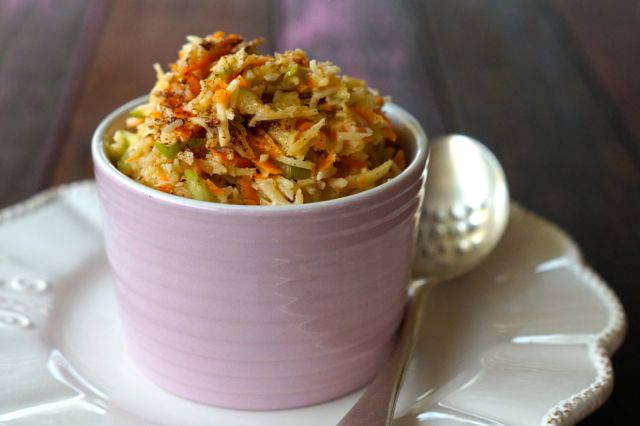 Sick of the same ole same ole for brekky? Well our paleo apple, carrot & coconut brekky bowl is sure to shake up your morning! We like to call it a deconstructed carrot cake in a bowl… except that it’s nothing like a cake! But it kinda, sorta tastes like a carrot cake!

We LOVE this paleo apple, carrot & coconut brekky bowl recipe because you can get super organised and make it the night before… and it takes less than 10 minutes to whip up! Brekky-to-go-go? No probs! We were inspired by Pete Evans and Luke Hines when they shared a similar recipe on The Paleo Way TV show and they also cooked it during their Paleo Way tour! We were super excited to catch up and cook with them on the Paleo Way Tour the other day! It was loads of fun!