We recently had a huge re-read of all our blog posts for 2013 + my oh my have we shared a lot of delish recipes, so what else is there to do but put ‘the best of the merrymaker sisters 2013’ list together?! We’ve got the top 3 according to our readers (the top viewed), we’ve also included the 3 recipes we made the most this year!

Most popular paleo recipes for 2013 (according to you!).

It seems that you all play favouritism with our sweet treats (well who wouldn’t!?). Here’s the 3 most popular paleo recipes for 2013!

These delish little bites are so simple + the perfect on-the-go snack!

We can thank merrymaker mum for this recipe! We paleo-fied her original version to bring you this classic dessert… + it’s had raving reviews all around!

Look at this delicious photo. Please refrain from drowning in your own drool. They taste seriously naughty… but they aren’t! A must try for everyone!

Our favourite paleo recipes for 2013!

Here’s our 3 favourite paleo recipes that we made again + again this year because they were just too darn delish!

Who doesn’t love prawns?! Add bacon + it’s a match made in heaven!

the best low sugar smoothie (ever!).

We literally enjoy this smoothie for brekky almost every day… we never get sick of it!

And you thought pasta was off the menu! No way ho-say!

That was the best of the merrymaker sisters 2013! Yay!

We’ve had a blast sharing our recipes + adventures with you this year! Thank you so much for following along, it’s your comments + photos that inspire us to keep on merrymaking + creating. Get set for an even bigger 2014! Things are about to get real! 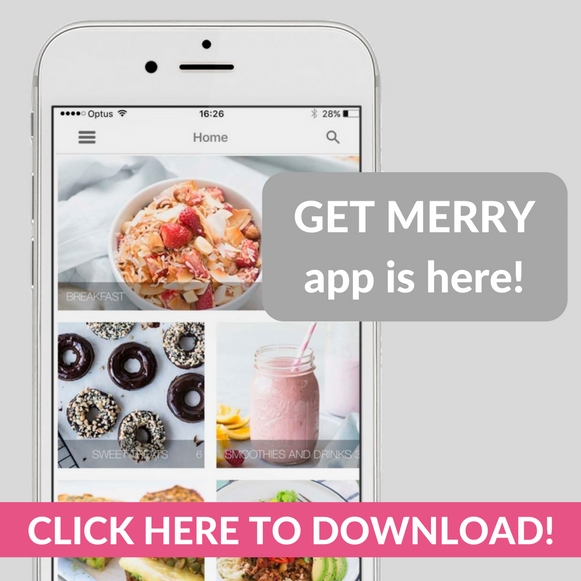