Going vegan this Christmas? Well, we do have a huge amount of paleo, healthy, sugar-free recipes but we also have a bunch of vegan Christmas sweet treat recipes too! And here they are!

The perfect recipe for Christmas morning breakfast. But also would look oh so cute as mini chia puddings on the dessert table. Super dooper easy recipe.

Check out the vegan gingerbread chia pudding recipe over HERE! We love this recipe because it’s so easy to make especially compared to a Christmas cake or Christmas pudding recipe (we have these healthy recipes too, over HERE) BUT it has all the flavours of Christmas cake. Also, they are so pretty and will look lovely on your Christmas sweet treat buffet table!

Look, we know this isn’t exactly Christmassy at all… but it’s yum and it’s vegan so we feel like it falls perfectly into this vegan Christmas sweet treat category.

Check out the recipe and go to foodie heaven HERE!

Ok another… not exactly Christmassy recipe BUT it’s one of those show stopper desserts and guaranteed it will impress every single one of your Christmas lunch guests. It belongs centre stage on your dessert buffet (if you do make it, send us a pic!). 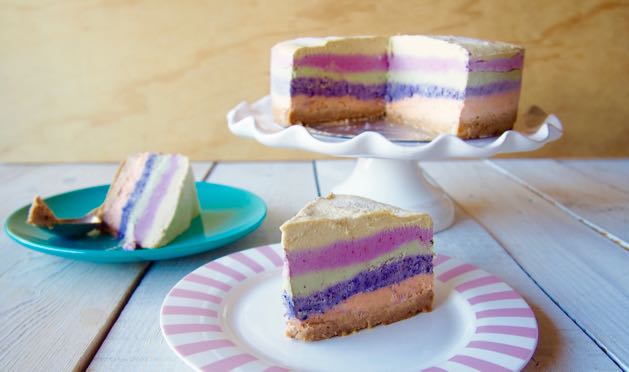 You’re seriously going to love it! It’s the easiest recipe, and oh so delicious.It’s a 3 layer slice but every layer is super simple to make, throw ingredients in the blender and whiz kind of easy! Yes, our favourite kind of recipe too!

Get the vegan bounty recipe HERE. It’s doesn’t look like a Christmas cake but it has all the flavours of one! One of our very first and oldest healthy Christmas recipes we ever publsihed! Still a great recipe. We remember Christmas always involved many large boxes of ferrero rocher chocolates. We were definitely happy about this! They were one of our most favourite chocolates as kids, they felt special… maybe because they had gold foil wrappers and because they were always Mum and Dad’s and we just got to eat them. This recipe is a much healthier version, you will love them! This is a must-make recipe over the festive season. We recommend making a big batch, slicing and storing in the freezer for the unexpected guests who pop in over the holiday season (we actually don’t generally have these experiences but our parents did when we were growing up LOL).

Get your new favourite vegan white Christmas recipe over HERE! Super easy to make and looks so so pretty, grab the recipe HERE. 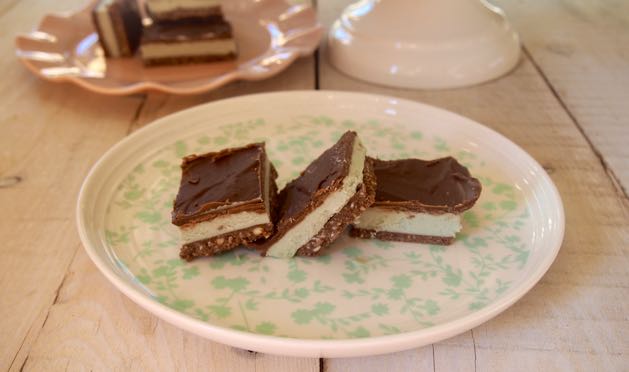 If mint is your thing then you’ll also love these peppermint bliss balls. Talk about EASY recipe! Whack ingredients in blender, whiz, roll and pop into the fridge. Boom!

Find the recipe over HERE!